University Hills can add two new horseshoe pits to its growing list of recreational amenities, thanks to Kyle Mumm, a resident who recently completed the competition level pits as his Eagle Scout Project. Mumm, a senior at University High School, said erecting the horseshoe pits wasn’t too difficult, with the exception of some large tree roots that had to be cut away to dig out the foundations. Kyle was fortunate to have the support of his parents, Daniel and Virginia, and his grandfather, who all pitched in with the project. The horseshoe pit lies in front of the ICHA offices, on the near end of the lawn.

Mumm has been an active scout since the first grade. He said one of the greatest challenges of his boy scout career was earning the merit badge in cooking: “I’m good at the eating part, but not so much the cooking part.”

Kyle Mumm will be recognized for his achievement as an Eagle Scout at an upcoming HRB meeting. 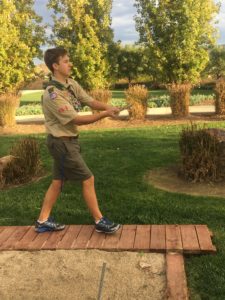 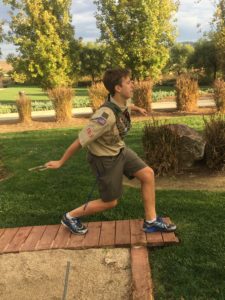 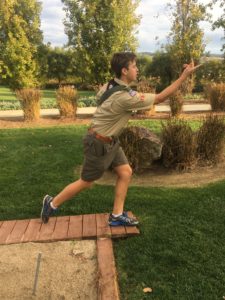